I am trying to plot a 3D image of the seafloor from the data of a sonar run over a 500m by 40m portion of the seafloor. I am using matplotlib/mplot3d with Axes3D and I want to be able to change the aspect ratio of the axes so that the x & y axis are to scale. An example script with generated data rather than the real data is:

And the output image from this script: 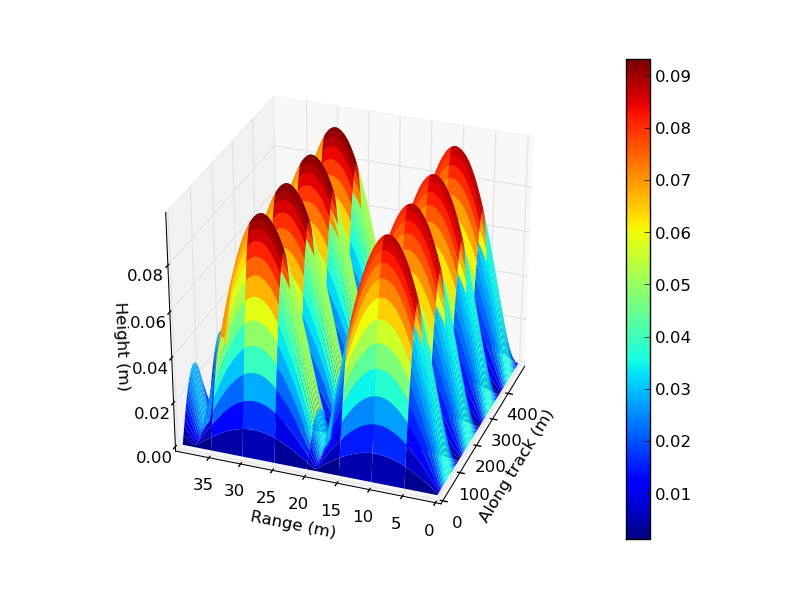 I have tried building and using this branch of matplotlib, following the example script in this message from the mailing list, but adding the ax.pbaspect = [1.0, 1.0, 0.25] line to my script (having uninstalled the 'standard' version of matplotlib to ensure the custom version was being used) didn't make any difference in the generated image.

Edit: So the desired output would be something like the following (crudely edited with Inkscape) image. In this case I haven't set a 1:1 ratio on the x/y axes because that looks ridiculously thin, but I have spread it out so it isn't square as on the original output. 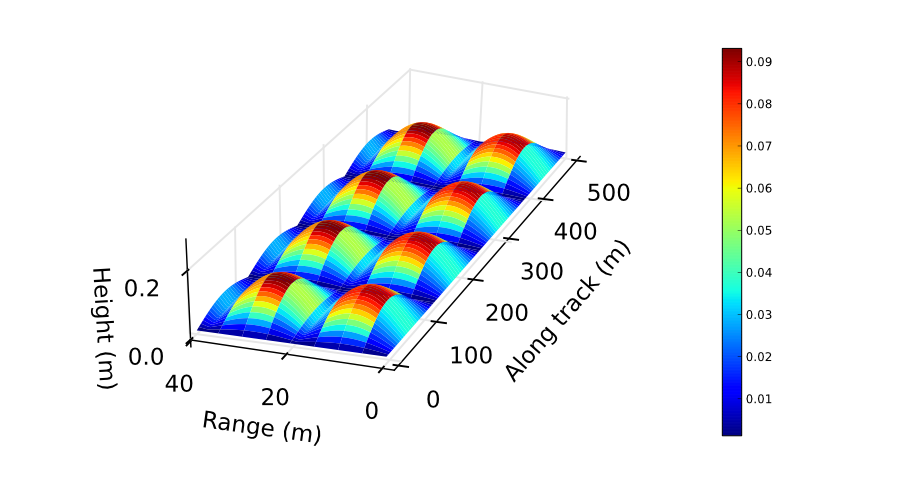 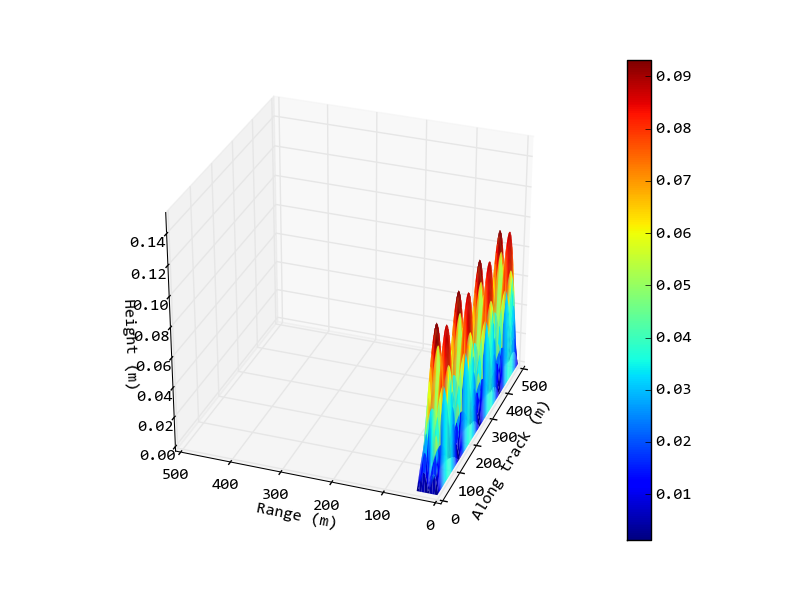 If you want no square axis:

then add one line to set pbaspect: 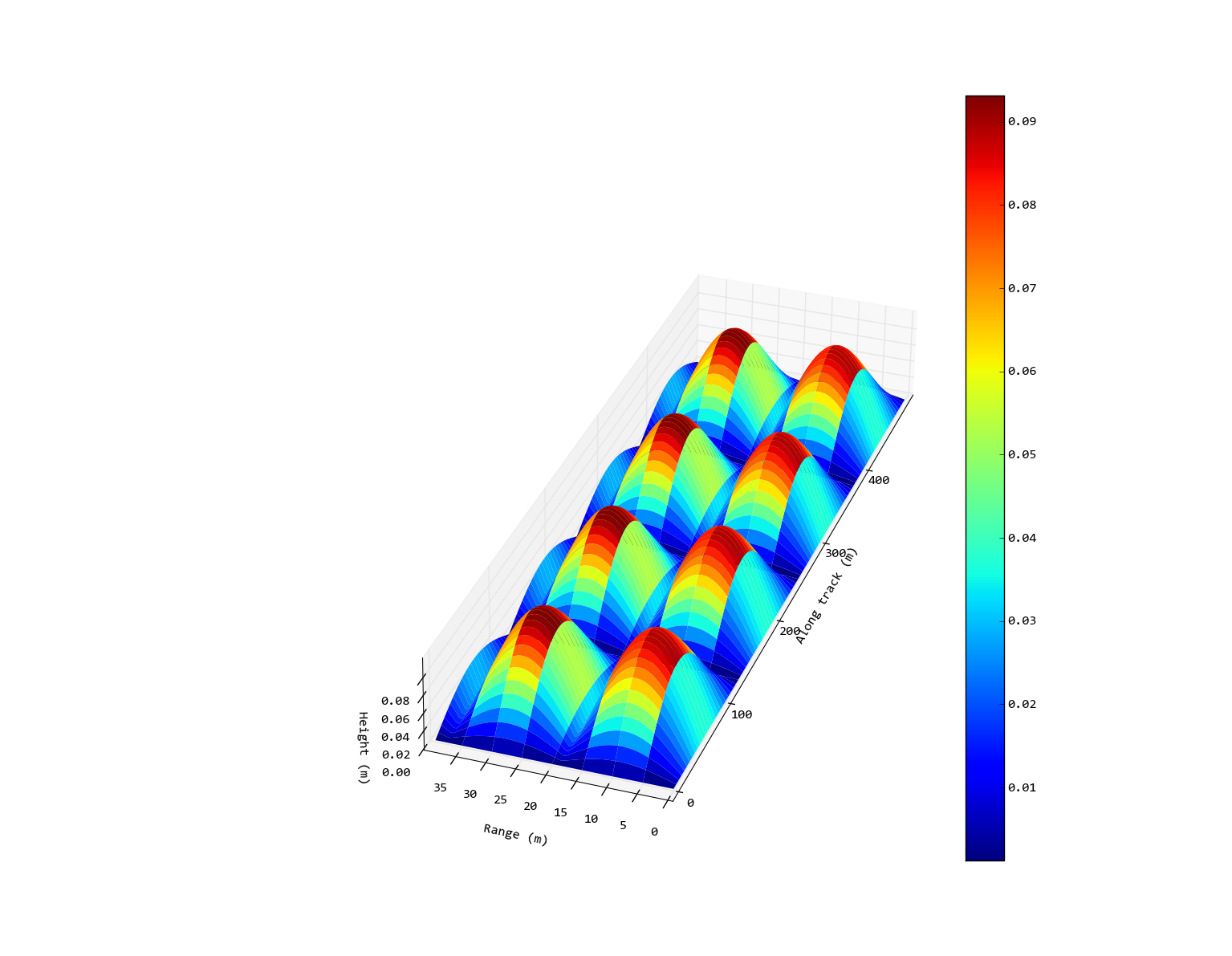 The answer to this question works perfectly for me. And you do not need to set up any ratio, it does everything automatically.