How to replace a Widget with another using Qt?

I have an QHBoxLayout with a QTreeWidget on the left, a separator on the middle and a widget on the right.

I tried to do this with this code :

But it doesn't work and all the widgets are stacked up on each other : 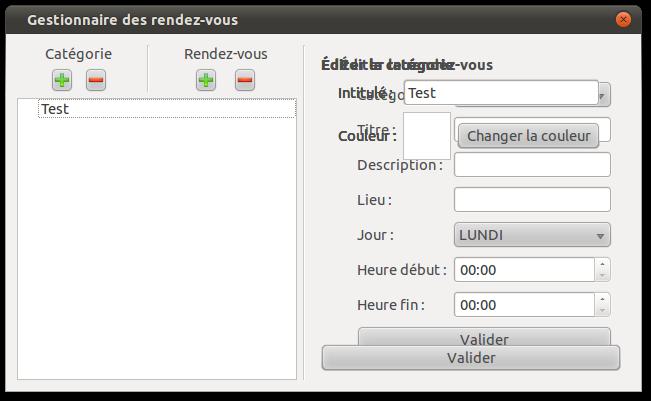 Do you know how I can remove the old widget and next display the new one ?

The most common solution is to use QStackedWidget and put all possible widgets into the stack. When selecting an item, just call setCurrentWidget to display the one you want.

I have the same question as Natim.

The QStackedWidget is a solution for a preset layout. It acts like the flippy thing in an old diner for a music box. (X-amount of albums in the jukebox, flip through the installed albums).

However this does not solve the question.

For instance I have code I am prototyping with a UI layout, however I want to replace some of the widgets that are acting as place-holders with the proper widgets that are coded during the primary script execution, or is dynamically created.

I am sure there is a simple procedure or caveat as to how to properly remove/replace a widget.

The code I have has a basic textEdit widget in a grid layout. I want to code a custom version of this widget for drag and drops and then swap it out with the default textEdit.

Like Natim, the code seems logically sound, however the widgets are hap-hazardly piled in the layout like dumping a purse.

Hopefully can figure out the trick to this and repost the caveat.

Voilà!! Found something that definitely does the trick. CLOSE your widget

I removed the widget from the layout, then closed the widget. At this time the variable I am using is open to create my custom/modified widget, and then re-insert it into the layout

Yes some more elegance is needed to deal with more complicated layouts, but the basic need of destroying a widget in order to replace it is in the .close() method

Cheers.. hope this helps. B