Python: Histogram with area normalized to something other than 1

Is there a way to tell matplotlib to "normalize" a histogram such that its area equals a specified value (other than 1)?

just brings it back to a frequency distribution.

Just calculate it and normalize it to any value you'd like, then use bar to plot the histogram.

On a side note, this will normalize things such that the area of all the bars is normed_value. The raw sum will not be normed_value (though it's easy to have that be the case, if you'd like). 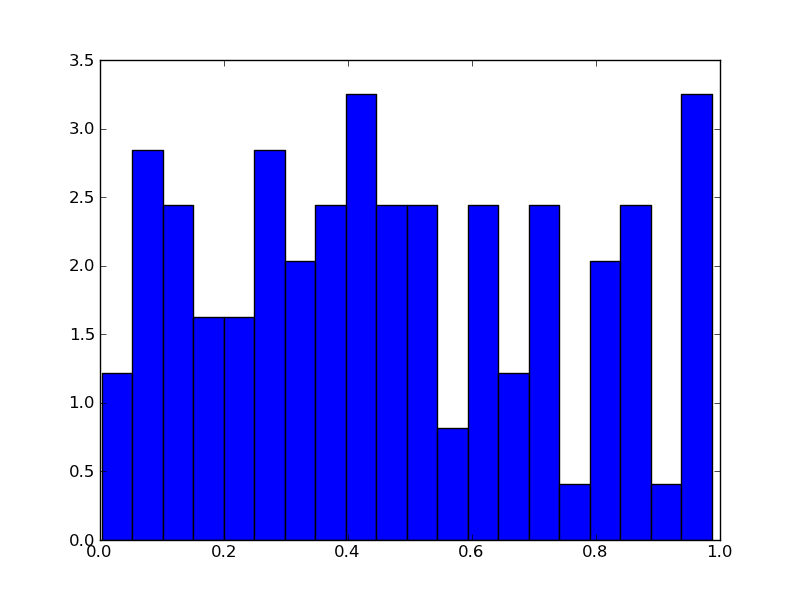 You can pass a weights argument to hist instead of using normed. For example, if your bins cover the interval [minval, maxval], you have n bins, and you want to normalize the area to A, then I think

should do the trick.

EDIT: The weights argument must be the same size as x, and its effect is to make each value in x contribute the corresponding value in weights towards the bin count, instead of 1.

I think the hist function could probably do with a greater ability to control normalization, though. For example, I think as it stands, values outside the binned range are ignored when normalizing, which isn't generally what you want.